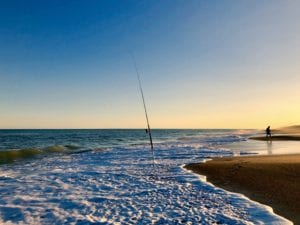 Rocky’s main office in Cowwarr and Solar Showroom in Sale will be closed on Monday. It’s been a busy but productive week here at Rockys but we are all looking forward to the long weekend! Hope you are too, however you decide to spend it. Me? I might go fishing along one of Gippsland’s beautiful beaches. … END_OF_DOCUMENT_TOKEN_TO_BE_REPLACED 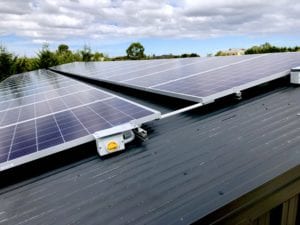 On Friday Rockys Solar flipped the switch on a new solar installation at Longford in Gippsland. The sun peaked through the clouds right at the perfect time for us to show our excited clients just over 10kW being produced through their new ABB inverter connected to 34 Jinko solar panels installed in 2 rows on their shed roof. The 3 phase system took two days to install. Our clients are very happy with the results and look forward to receiving their next energy bill. … END_OF_DOCUMENT_TOKEN_TO_BE_REPLACED

In July last year Gippsland's Wellington Shire Council signed up to Sustainable Victoria’s TAKE2 pledge to tackle climate change and assist Victoria in reaching net zero greenhouse gas emissions by 2050.  As part of that pledge Wellington Shire Council tendered a project to install solar panels at their works depots in Yarram and Maffra. Rockys won the contract to install a 27.6 kW solar power array. Rocky’s also conducted energy audits that led to an LED lighting upgrade at both sites which … END_OF_DOCUMENT_TOKEN_TO_BE_REPLACED 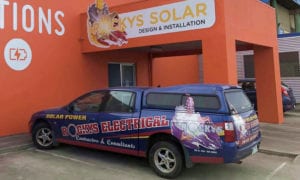 Rockys Electrical has a Full-time, Permanent Position Available for an A grade electrician with solar experience preferred. Rockys is an electrical business established in the small town of Cowwarr in Gippsland for over 40 years. Rocky began the business and his son Brett has taken over the reins to continue to provide service in everything electrical, and solar installations. Rockys Electrical provides the following Solar Solutions: On and Off grid Solar Installation and … END_OF_DOCUMENT_TOKEN_TO_BE_REPLACED 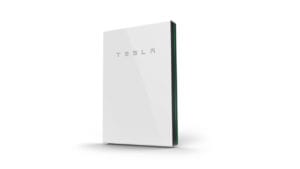 Following the early success of Tesla battery storage installed in South Australia last year, earlier this month Victoria is also set to get its own Tesla battery facility to be built at the Bulgana Green Power Hub near Stawell in western Victoria and is expected to be operational by mid 2019. The world’s biggest lithium ion battery was installed in South Australia late in 2017.  After the state suffered a blackout last September Tesla CEO, Elon Musk, offered to fix South Australia’s power … END_OF_DOCUMENT_TOKEN_TO_BE_REPLACED