If you ever relished the idea of cutting ties with your electricity company but were put off by a vision of living in a small, dimly lit house with limited power provided by off-grid solar, you need to think again.

When Stu and Nicky first thought about building an off-grid solar powered home they recalled a time they visited friends with an off-grid solar system. The installation represented what many of us envision when we think about off-grid solar powered living. It had a lead-acid battery room that leaked sulfur, stunk and was very “messy and dirty.” The visit left Nicky with an image of living by candlelight with minimum power usage and the stress of running out of power at night. That dim, but common, vision of off-grid living is a stark contrast to the enormous 5 bedroom family home they now live in in the centre of Gippsland.

When you drive up to the house all you see is a large, sleek, modern family home. Completely hidden from view is the Selectronic SP PRO – AC Coupled System with 10KW worth of Solar Panels, 2 X ABB 5kW Inverters, and 55kWH of VRLA Gel Battery Storage that power the home 24 hours a day, 7 days a week for the past 8 months.

After requesting quotes from a several solar installation companies Stu and Nicky in central Gippsland were confident in their decision to have Rockys Solar design and install their off-grid solar system tailored to their specific needs. They took both price and expertise into consideration. “During the installation process Brett came out a couple of times and spoke to us,” Stu said. “And when we had a couple of concerns he came out again and talked to us until we were confident with everything. Brett is pretty cluey, you can tell he knows what he’s talking about.” 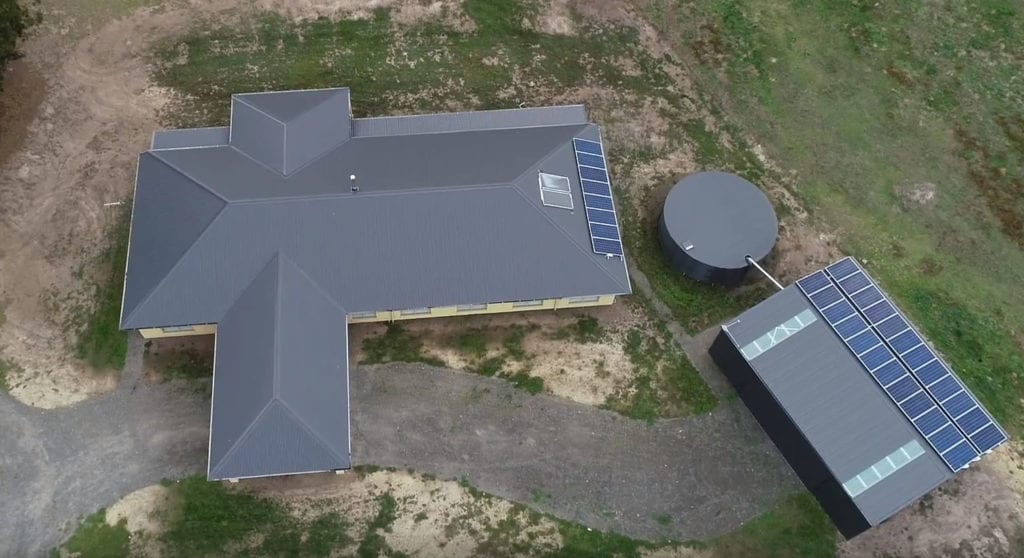 The home has LED lighting throughout in addition to LED floodlights outdoors, all the modern appliances you could want including large screen televisions, 3 large reverse cycle air conditioners (Two 9kW and one 7kW system), enormous ceiling fans in the living and bedrooms, a large fridge-freezer, a 700-litre chest freezer, dishwasher, large washing machine and clothes drier, not to mention multiple computers and game consoles. They even run a welder out in the shed from time to time. 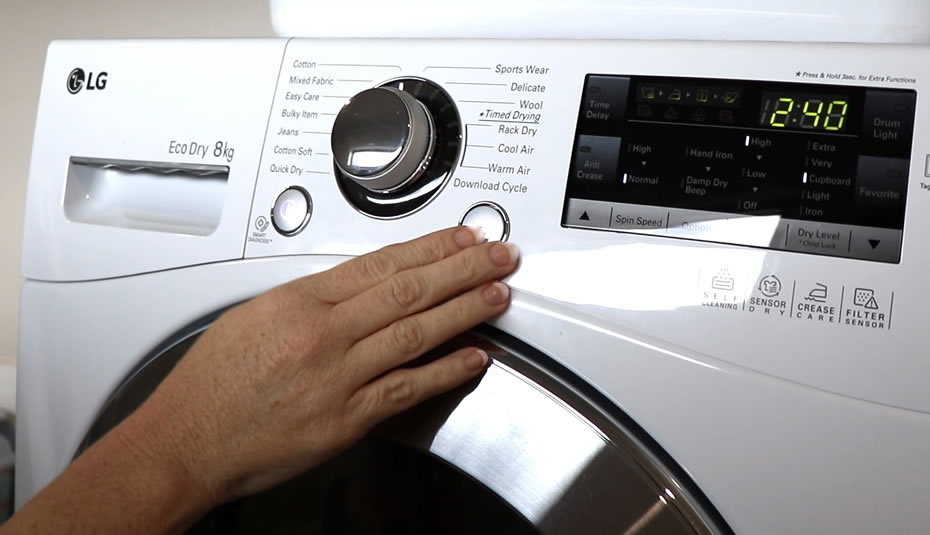 When designing their new off-grid solar powered home Stu and Nicky approached it with energy saving in mind paying attention to insulation, brickwork, double glazed windows and LED lighting throughout. They also took on advice from our energy solutions expert and purchased new appliances that would be efficient with energy consumption including Inverter based fridge-freezer, DC powered ceiling fans and heat pump style clothes drier.

Stu says he has no regrets about building a solar powered off-grid home. He doesn’t feel like they’re missing out on any part of a modern lifestyle. Economically, taking into account what it would cost to have grid connected power installed at the property, he expects they will have the cost of the solar and storage system recouped within a couple of years.

One unexpected consequence of having children growing up in their solar powered home is that Stu and Nicky will have to remember to educate their children about conserving energy to prepare them for moving out of home and having to think about energy bills. “They leave the lights on all the time,” Stu says, “And we don’t ever have to worry about it because it doesn’t cost anything. We ran the air conditioners all day throughout the summer and then left the ceiling fans on in the bedrooms all night and never had to worry about what it would cost. We have only ever had the backup generator kick in once and that was when we had unintentionally left an air conditioner running all night after what had been a cloudy couple of days” he said.

If you’ve ever considered getting off the grid, Stu’s advice is “Just do it!”

Nicky says their friends are a little jealous, “We’ve had experiences where there have been grid power outages and we get on Facebook and see all our friends complaining and we say, ‘Hey! Just come over here, our power’s still on’.”

“One friend was worrying about getting clothes dry because of the cost of power.” Nicky said, “I invited her to bring her laundry over here because it doesn’t cost us anything to run our drier.”

Stu recalls a time when they were just about finished building and one night the builder was testing all the lights and had everything including the flood lights on. A neighbour remarked “Imagine his meter, it’s going to be spinning off the dial!” The builder responded, “Naa, it’s all off-grid , not costing him a cent.” 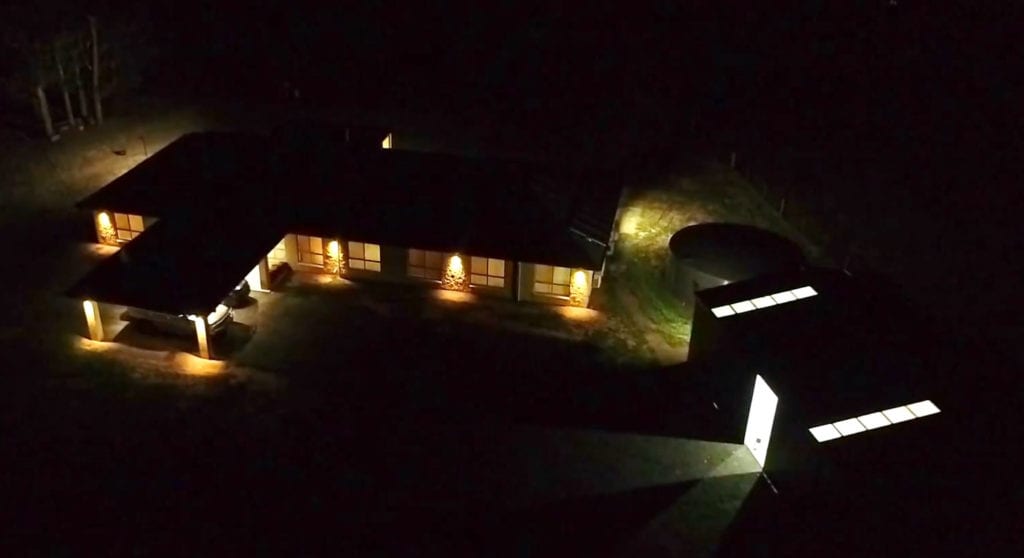 The time to take the first step towards going off-grid is now. If you’re ready to take Stu’s advice and “just do it,” we invite you to have a chat with Rockys Solar.

Right across Gippsland, Rockys Solar designs and installs on and off-grid solar systems and other energy solutions. If you are interested in solar, battery storage, wind turbines, energy efficient air conditioners (For heating and cooling,) LED lighting upgrades and more, we are happy to discuss your needs and tailor a solution specifically for you. Give us a call on (03) 5148 9479 or fill in the solar quote form below.